In this course, we will focus on the recommended immunization schedule for healthy children. Children with various medical conditions, contraindications to components of the vaccinations, or who are on a catch-up schedule for immunizations will deviate from this schedule.

Hepatitis B virus (HBV) is virus that attacks the liver. It is transmitted through infectious blood or bodily fluids coming into contact with breaks in the skin or the mucus membranes. HBV infections may be asymptomatic, acute or chronic. At its most severe, HBV infection can lead to cirrhosis, liver failure, liver cancer, and death (CDC, 2014).

In 1991, the CDC added the Hepatitis B vaccine to its list of recommended vaccines for children, and this group has shown the greatest decline of HBV infections (CDC, 2014).

Hepatitis B vaccine is given as a series of three intramuscular injections. The first is given between birth and two months. The second and third are given one and six months after the first (CDC, 2014). The vaccine may be given as a single antigen, or as part of a combination vaccine such as Comvax® or Pediarix® (CDC, 2014).

Diphtheria is a bacterial respiratory infection. It is spread through airborne droplets or by coming into contact with contaminated items. The hallmark of diphtheria is a thick gray covering on the back of the throat. This can lead to breathing difficulties, heart failure, paralysis and death (CDC, 2013).

Tetanus is also referred to as lockjaw. It causes severe muscle tightening throughout the body. It can lead to death in one out of five cases. Tetanus bacteria can enter the body through wounds (CDC, 2013).

Pertussis, or whooping cough, is a very contagious respiratory infection. It can cause severe coughing spells that make it difficult to breathe. Pertussis is especially dangerous to infants (CDC, 2013).

The DTaP vaccination is given as a series of five intramuscular injections from infancy to age seven. It is most commonly given at two months, four months, six months, 15 to 18 months, and four to six years. Td or Tdap is given as a booster to adolescents. Td protects only against tetanus and diphtheria, while Tdap also adds protection against pertussis. Tdap is currently recommended due to the recent rise in cases of pertussis (CDC, 2013). DTaP may be given by itself or as a component of Pediarix®, Kinrix®, or Pentacel®.

Polio is caused by a virus that is spread person to person through oral or nasal secretions or fecal matter. Prior to the development of the polio vaccine in 1955, this virus affected thousands of people in the United States. The majority of people infected with the polio virus are asymptomatic, but for a small percentage of people, polio can lead to paralysis or death (CDC, 2014).

IPV is given as a series of four intramuscular or subcutaneous injections. The first is given at two months, the second at four months, the third between six and 18 months, and the fourth as a booster between four and six years old (CDC, 2014). The polio vaccine may be given as a single-antigen or as part of a combination vaccine such as Pediarix® or Kinrix®.

Rotavirus is a leading cause of severe vomiting and diarrhea in infants. This may lead to dehydration, hospitalization and even death. According to the CDC, prior to the rotavirus vaccine in the United States, this illness was responsible for 50,000 to 70,000 hospitalizations and 20-60 deaths in children under five years old each year. Studies have shown that the rotavirus vaccine has prevents 85-98% of severe cases of rotavirus illness in the first year of life (CDC, 2014).

Two forms of the vaccine are currently used: Rotarix® and Rotateq®. Both forms are given orally to infants. Rotarix is given as a two dose series at ages two months and four months. Rotateq is administered as a three does series and should be given at ages two months, four months, and six months (CDC, 2014).

Haemophilus influenza bacteria type b, or Hib, is spread via respiratory secretions. Some people may be colonized with Hib in the back of their throats or in their noses, but never experience any symptoms. However, if Hib enters the bloodstream, it may lead to serious infection (CDC, 2014).

Hib disease can develop into pneumonia, bacteremia, meningitis, cellulitis and otitis media (CDC, 2014). It may lead to death in 3-6% of children who become infected and up to 20% of people who survive Hib meningitis may have hearing loss or other neurologic issues (CDC, 2014).

Hib disease among young children has decreased by 99% since the vaccination has become a routine immunization. It is given intramuscularly as a four-dose series at ages two, four, and six months with a booster dose between 12 and 15 months (CDC, 2014). Hib vaccination may be given as a single antigen or as a component of the Pentacel® vaccine.

Pneumococcal disease is caused by the Streptococcus Pneumoniae bacteria. It can manifest itself as an ear infection or may develop into more serious illness such as pneumonia, bacteremia, or meningitis (CDC, 2013). It is passed from person to person through respiratory secretions.

There has been an increased amount of resistance of the pneumococcal bacteria to antibiotics. As a result, the prevention of this disease through the use of vaccination is even more important (CDC, 2009).

PCV 13 or Prevnar has been approved for use in children under the age of 2. It is given as an intramuscular injection at ages two, four, and six months and at 12-15 months.

Varicella is commonly known as chicken pox. It is caused by the varicella zoster virus. Varicella disease generally manifests as a blister-like itchy rash and fever. While generally mild, varicella can lead to complications such as bacterial infections of the skin and soft tissues, pneumonia, and even death (CDC, 2013).

Varicella is very contagious. It may be spread through the air through respiratory secretions or may be spread from the lesions themselves.

Prior to the development of the varicella vaccine, approximately 4 million people in the United States were infected each year, 10,000 were hospitalized and 100-150 people died (CDC, 2014). However, with the recommended two doses of vaccine, there is a 98% protection rate (CDC, 2014). The vaccination is given subcutaneously at ages 12-15 months, with a booster dose given between four to six years of age. Varicella may be given as a single antigen or as part of the ProQuad® vaccine.

Measles is a viral respiratory illness. It starts with fever and the three "C's"- cough, coryza, and conjunctivitis and then leads to a maculopapular rash (CDC, 2014). It may cause ear infections, pneumonia and diarrhea. Measles may also result in severe illness causing permanent brain damage or death from respiratory and neurological complications (CDC, 2014).

Mumps is another viral illness that presents with fever, aches, and loss of appetite. It is characteristically known by the swelling of the salivary glands under the ears or jaw. Complications of the mumps include deafness, encephalitis, and inflammation of the ovaries and testicles (CDC, 2010).

Rubella is also known as German measles. It generally is mild with a rash and low fever. Some children may have swollen glands and cold-like symptoms. Pregnant women who acquire rubella may be at risk for birth defects. These can include heart defects, mental retardation, and liver and spleen damage (CDC, 2011).

The MMR vaccine is recommended as a two dose series. It is given as a subcutaneous injection. The first dose should be given at 12-15 months old, with a second booster does between ages four and six years (CDC, 2011). MMR may be given on its own or as part of the ProQuad® vaccination. Single antigen measles, mumps, or rubella vaccines have not been available in the United States for several years. 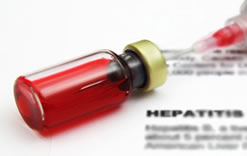 Hepatitis A is a virus that causes inflammation of the liver. It is spread person to person through the fecal-oral route or through contaminated food or water (CDC, 2013). Children under the age of six are often asymptomatic, but older children and adults can experience fever, nausea, vomiting, abdominal pain, and jaundice (CDC, 2013).

Hepatitis A vaccination is recommended as a two-dose series, given six months apart. The first vaccine is often given intramuscularly between 12 and 23 months of age (CDC, 2013).

Human papillomavirus is the most common sexually transmitted disease. Most people will be infected with it at some point in their lives (CDC, 2012). Many types of HPV are short-lived and have no symptoms, but others can lead to genital and respiratory warts. Certain types of HPV can cause cervical cancer and cancers of the anus, penis, vulva and vagina (CDC, 2012).

Meningococcal disease is caused by the bacteria Neisseria meningitides. It can develop quickly in previously healthy children and lead to bacteremia, pneumonia, and meningitis. Ten to fifteen percent of those who are affected with meningococcal disease will die, and twenty percent will have lasting issues such as hearing loss or brain damage (Benaroch, 2014). Adolescents have the highest incidence of meningococcal disease (CDC, 2014).

When the vaccine was first recommended for adolescents at age 11 or 12, it was thought that the protection would last for 10 years. However, new information suggests that the coverage wanes around 5 years. Therefore to provide effective protection during the most critical times, ages 16-21 and living in college dormitories, a second booster dose is now recommended (CDC, 2014).

The starting age for the first dose of meningococcal conjugate vaccine still advised as age 11 or 12. A booster dose should then be given at age 16. If the first vaccination is not administered until 13 or 15, a booster dose should be given between ages 16 and 18. If a first dose if not given until after age 16, a booster is not needed (CDC, 2014).

Influenza, or the flu, is a very contagious respiratory virus. It tends to peak during the winter months, and cases are often seen from October to May The most common symptoms are cough, fever and sore throat. However, influenza can have severe complications, especially in young children and those with chronic health problems like diabetes and asthma (CDC, 2014).

The CDC recommends that all children over the age of six months old get a flu vaccine every year. The first year of receiving the flu vaccine, two doses should be given, with the second given 28 days after the first (CDC, 2014).

According to the CDC, preference should be given toward using the nasal spray (LAIV) in healthy children older than two years old. Studies have shown that LAIV may be even more effective in preventing the flu than the injectable form. However, flu vaccination should not be delayed if LAIV is not readily available (CDC, 2014).