There is a frequent and extensive overlap, both clinically and pathologically, between dementia with Lewy bodies and Alzheimer's disease. The two diseases share several genetic and environmental risk factors. As with Alzheimer's, LBD risk is heightened with inheritance of the ε4 allele of the apolipoprotein E (APOE). This increased risk is related to the apolipoprotein E (APOE) gene found on chromosome 19. APOE contains the instructions for making a protein that helps carry cholesterol and other types of fat in the bloodstream. APOE comes in several different forms, or alleles. Three forms occur most frequently:

There are also increased inflammatory states associated with increased disease risk. Pathological and experimental work has implicated the involvement of activated microglia (a type of neuronal support cell or neuroglia) occurring in the central nervous system. Neuro-inflammatory processes may be the common link driving progression in both diseases and explaining the frequent overlap between the two diseases.


Why Is Happening in Nursing Homes?

When a person with LBD acts out - and perhaps he is acting out from his (very real to him) dreams or believes people are out to get him - the first steps that professional caregivers can do is to observe and evaluate for physical ailments that may be triggering the behavior. Could he have a urinary tract infection? Is he arthritic and in pain? When was the last time his teeth/mouth has been checked for sores, infected teeth or other oral concerns? Has he fallen and broke a bone? Is there a fecal impaction, decubitus (pressure) ulcers, or an upper respiratory infection like pneumonia? Have there been any changes in environment, roommate or medications lately? All of these could have provoked anger and loss of control for the person with LBD. Sometimes we have to read what the problem is through their body language.

A thorough dementia diagnostic evaluation should include:

The following medications may cause worsening of the patient's condition, increased confusion, and/or unintended consequences: 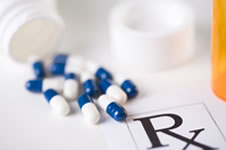 Quetiapine (Seroquel) is preferred by some LBD experts. Be aware and exercise caution when surgical anesthetics have to be used. It is important to meet with an anesthesiologist in advance of any surgery to discuss medication sensitivities and risks unique to LBD.

According to the Lewy Body Dementia Association, up to 50% of patients with LBD who are treated with any antipsychotic medication may experience severe neuroleptic sensitivity, such as worsening cognition, heavy sedation, increased or possibly irreversible Parkinsonism, or symptoms resembling neuroleptic malignant syndrome (NMS). NMS causes severe fever, muscle rigidity and breakdown that can lead to kidney failure, which can be fatal.