There are many misconceptions about childhood vaccinations. Caregivers, therefore, have an important role in properly educating parents regarding the safety of immunizations and the need for them in society.

One such belief is that many of the vaccine-preventable diseases are no longer in existence, and as a result, these vaccines are unnecessary. This is untrue. While the incidence of these diseases has decreased greatly in the United States, many of them are still very prevalent in other parts of the world. Travelers could then bring the disease into the United States. This could spread rapidly among unvaccinated people (CDC, 2011).

For example, both pertussis and measles have had a recent spike in the number of cases in the United States (Barlay, 2014). Those who are not protected by vaccination are putting themselves at risk. Also, for the small group of people who are either too young to receive immunizations or have a medical contraindication, their only chance of protection from disease comes from those around them being safely vaccinated (CDC, 2011). They would be put at risk by no choice of their own.

Another common misconception is that it is dangerous for children to receive so many immunizations at the same time and over a short number of years. Studies have also disproven this idea. Both the Advisory Committee on Immunization Practices (ACIP) and the American Academy of Pediatrics (AAP) have undertaken studies that have shown no increased risk for side effects and no decrease in effectiveness for vaccines that are given simultaneously (CDC, 2011). The Food and Drug Administration requires these studies prior to the approval of an additional vaccine to the schedule (Fisher, 2009).

It is important for parents to understand that the epidemiology of the disease determines when the vaccination is given. Levels of maternal antibodies and incidence of disease are studied. Based on this, the vaccination schedule is created to provide younger children with optimal protection (Fisher, 2009). Spreading out the vaccination schedule would just prolong the period of time that a child is unprotected. This would also lead to a greater number of doctor's visits and more visits in which immunizations would be given. With no increased risk for side effects with multiple vaccinations, it is hard to justify the benefit of this (Fisher, 2009).

Perhaps one of the biggest misconceptions regarding vaccination involves the link between immunization, particularly MMR, and the development of autism. In 1998, Andrew Wakefield, a British surgeon and researcher, released a now-disproven study that claimed an association between the MMR vaccine and autism. Several studies since that time have been unable to replicate Wakefield's results. The Institute of Medicine, after review, has said, "the evidence favors rejection of a causal relationship between thimerosal–containing vaccines and autism" (CDC, 2014). The CDC also supports this view that there is no link between the two. The preservative thimerosal has been removed or is reduced to trace amounts in all pediatric vaccinations, with the exception of one type of influenza vaccine, since 2001. A thimerosal-free version of the influenza vaccine is available, however (CDC, 2014).


The Future for Pediatric Immunizations

As with all areas of medicine, knowledge of pediatric immunizations is continuously evolving. New studies are released, products are developed, and practices change. As a healthcare provider, therefore, it is important to remain up to date on the most current recommendations in order to provide the best care to our patients. 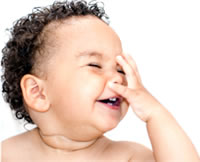