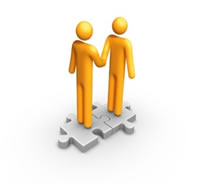 There are currently several combination vaccines that are approved for use in the United States. The number of shots needed to meet the CDC recommendations is substantially reduced when single antigens are combined to form one injection.

Pediarix® by GlaxoSmithKline: This is a combination of DTaP, IPV, and HepB. It is approved for the first three doses of the DTaP primary series and is often given at two, four, and six months of age. It should not be given to children younger than six weeks and older than seven years ("Ask the Experts", 2014).

Pentacel® by Sanofi Pasteur: This vaccine combines DTaP, IPV and Hib. It is given as a four dose series for ages two, four, six, and 15 to 18 months. It should not be given to children older than five years or as the booster dose for ages four to six years ("Ask the Experts", 2014).

Kinrix® by GlaxoSmithKline: Kinrix® is a combination of DTaP and IPV. It is given as the booster dose for four to six year olds. It should not be given to children under four ("Ask the Experts", 2014).

ProQuad by Merck: This is a combination of MMR and the varicella vaccine. It can be used for both the first and second MMR and varicella vaccinations at ages 12 to 15 months and four to six years. It is approved for use in those aged 12 months to 12 years ("Ask the Experts", 2014).

In 2010, the CDC added some additional recommendations for this vaccine after the ACIP showed an increase of one febrile seizure per 2600 children when the combination vaccination was given to children ages 12 to 23 months, as opposed to MMR and varicella given separately. Providers are encouraged to discuss the risks and benefits of the combination vaccine with the child's parents. If the parents do not have a preference, the CDC recommends MMR and varicella is administered separately for the first dose at 12-15 months old. If there is any family history of seizures it is also recommended that MMR and varicella be given separately ("Ask the Experts", 2014).

Comvax® by Merck: Comvax® combines HepB and Hib. Comvax® should not be used in infants under six weeks or after the fifth birthday. Merck announced in March 2014 that it would no longer be manufacturing this vaccination. It will continue to be available for purchase and use while supply still exists ("Ask the Experts", 2014).