Do the lives we live affect how long we will live and how healthy we will be? Those who live to be 100 or more are a diverse group. They are rich and poor, educated and not, from large families and small, some living in mansions and some in shacks without indoor plumbing. The average centenarian in the Georgia study had a grade school education and an income of only $4,000 to $7,000 (Purdy, 1995). However, information gathered from the whole population shows that life circumstances do make a difference. 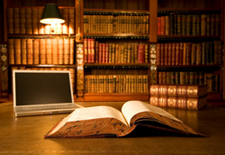 One link between education, income, and health is occupation. Experts have suggested that those with higher levels of education and income are healthier because they were more likely to have less dangerous white-collar jobs (Redfoot & Pandya, 2002). Income also affects access to care. Every year, Medicare HMO patients see an increase in their out-of-pocket costs as premiums and copays increase and benefits decrease. Elders who survive on low fixed incomes may be forced to choose between care, food, medication, and shelter; all necessary to good health.

The Nun Study seems to show that education alone can improve health. Those nuns who had more education lived longest even though they had the same income as those in their orders with less education (Snowdon, 2001). Educational level may be related to the positive effects of mental activity discussed earlier. Natural intellectual ability may motivate some to seek a higher level of education, and perhaps those who enjoy reading and other intellectual pursuits do so because these activities became a part of their lives early in their educational development.

Being a woman means that your average life expectancy is 5.4 years longer than a man's (National Vital Statistics Systems, 2002). While the gap is closing, most likely due to medical advances, for many years older women have had significantly longer lives and more years without disability than older men (Redfoot & Pandya, 2002). Besides the purely physical differences between men and women, the disparity in life expectancy may be linked to the fact that women tend to have more physician visits and be better medicated than their male counterparts (Bosworth & Schaie, 1997). In addition, women generally have stronger support networks (Barker, Morrow, & Mitteness, 1998; Liebler & Sandefur, 2002).

The Effects of Discrimination

African-Americans live an average of 5.7 fewer years than whites (National Vital Statistics Systems, 2002). In addition, minority elders are much more likely to say that their health is fair or poor in comparison to white elders (Administration on Aging, 2010). While minority elderly Medicare beneficiaries are less likely to receive specialized treatment such as angioplasty, coronary artery bypass graft surgery, or hip fracture repair, differences in overall health may lie primarily in disparities in the delivery of preventive medicine. For instance, only 43% of black elders received flu shots in 1998 compared to 65% of white elders (Davis, 1999, p. 11). A study of African-American elders found that a "lack of confidence in formal health care system" was a barrier to good health (Dancy & Ralston, 2002). This basic lack of confidence may lead African-American elders to delay or forego preventive treatments and diagnostic screenings.

Does happiness in early life predict which of us will live longest? Studies show that, while having a happy childhood affects well-being for many years, the effects are gone by the time we reach old age (Vaillant, 2002).