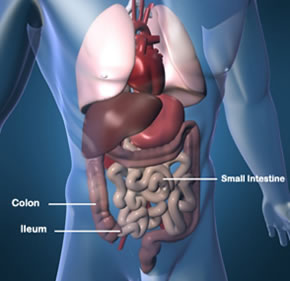 Inflammatory bowel disease (IBD) is a chronic condition with two main disease states: Crohn’s Disease and Ulcerative Colitis. Often when a patient is asymptomatic or in remission, a special diet is not needed, except for the avoidance of known triggers as identified by the patient. Diet education comes into play when a patient presents with an exacerbation of Crohn’s Disease or Ulcerative Colitis and is ready to be discharged on an oral diet. The role of the healthcare practitioner is to provide diet education, specifying foods to temporarily restrict in order to avoid further symptoms. This diet should not be overly restrictive or followed long-term. Excessive restrictions without the supervision of a healthcare provider may set the stage for suboptimal macro and micronutrient ingestion that may inadvertently create deficiencies.

It is important first to understand the differences and similarities in Crohn’s Disease and Ulcerative Colitis. Each one is site-specific in the gastrointestinal tract. Crohn’s Disease usually affects the terminal ileum, a combination of the terminal ileum and the colon, or less often, the colon only or proximal small intestine only. Ulcerative Colitis is confined to the colon. This difference in location may indicate susceptibility to certain vitamin or mineral deficiencies as determined by absorption site. For this reason, fat malabsorption and Vitamin B12 deficiency are more prevalent in Crohn’s Disease.

Both diseases represent an inflammatory process that creates symptoms of nausea, vomiting, diarrhea, abdominal cramping, and loss of appetite. Unfortunately, no specific dietary toxin or antigen has been determined as the causative factor for the diseases (Shils et al., 2005). Active inflammation may cause not only enteric loss of proteins, electrolytes, minerals, and blood, but also the complications of weight loss and nutritional deficiencies. Nutritional deficiencies most often are caused by a decrease in nutritional intake rather than gastrointestinal losses or increased caloric needs. The exception is the presence of fever or sepsis, conditions which require increased caloric intake (Shils et al.).

The diet progression for the hospitalized patient likely will be from an NPO (nothing by mouth) diet order, to clear liquids only, and then to a low fat, low fiber (low residue), and low lactose diet. Reducing fat will help control steatorrhea (high levels of fat in the stool) if fat digestion is compromised. Reducing fiber will decrease mechanical irritation and the chance of obstruction if a narrowed bowel is present. This also will assist in decreasing stool frequency. Restricting lactose intake may be indicated due to temporary lactose intolerance caused by a decrease in lactase activity in the inflamed bowel.

Initial diet education survival skills are mainly provided to continue symptom control until the patient returns to his/her healthcare provider for further diet instructions. If other complications such as significant weight loss or vitamin/mineral deficiencies are present, the patient should be referred to a registered dietitian for further diet adjustment and counseling.